The domain has not always been what it is now. Through the centuries it grew into a collection of unique buildings in a mix of different styles. It has had different functions, from fortified farm, winery to holiday home and alternated over the centuries more than once by owner. All this contributed to the uniqueness of Chateau Lagut.

The Chateau was built in the middle ages as a fortified farmhouse. The first known owner is the family Lagut. In the 18th century is the domain passed to the Vaucocour family. After that, it still has many other owners, including an Italian Countess. In the 20th century it was owned by the family Chateau Lagut Perrier, known for the mineral water.

The main building is built on medieval cellars that were used to store wine. Today, the wine cellars serve as unique spaces that can be used for parties, celebrations and tastings. The buildings stand on a rectangular ground plan and have influences of the Renaissance style. In the 17th century large windows were placed in the facade, it is also at that time that the building was transformed from a defensive to a more comfortable style. Around that period the large fireplaces were placed and two large terraces to the north and west. 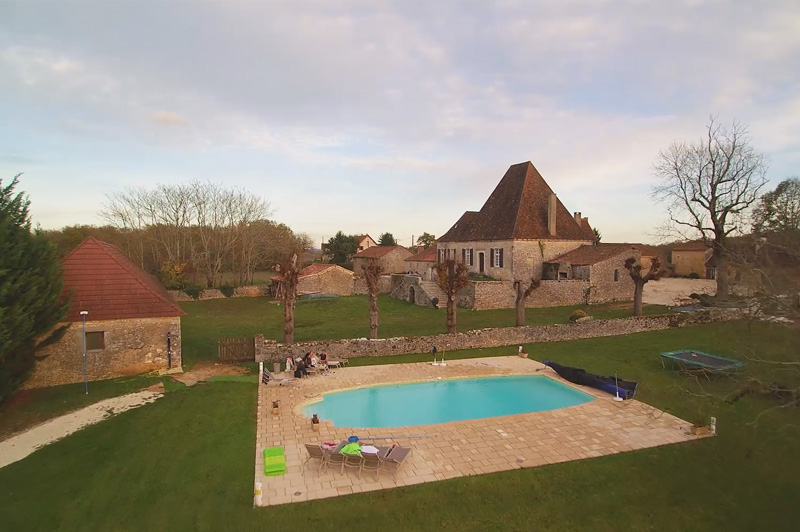 Aerial view of the chateau 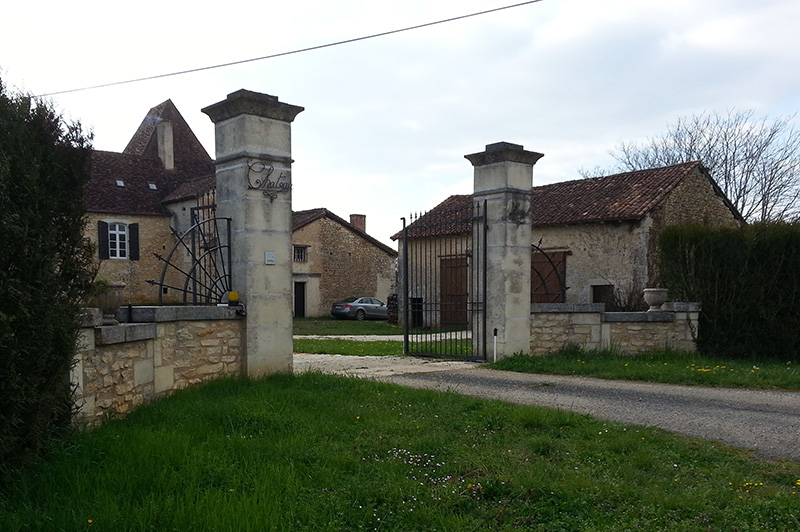 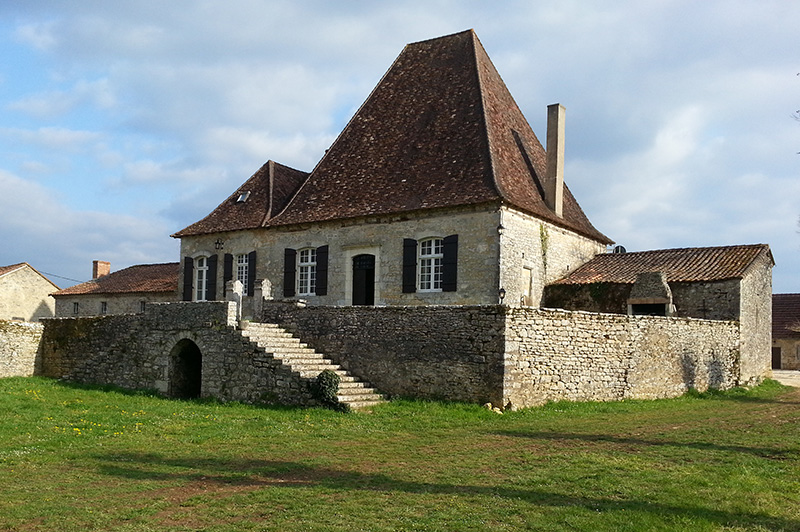 The chapel adjoining the Chateau dates from the 16th century and is dedicated to St. Louis. Also known as Louis IX, King Van Frankijk. He was canonized in 1297 by Pope Boniface VIII, who thereby attempted to reconcile himself with Louis' grandson.

A small square building in the middle of the domain used to serve as a dovecote. In the grass there are remnants of foundations that indicate that the building was surrounded by a large canopy. This unique building has now been converted into a beautiful suite.

The medieval bread oven was originally used to bake bread for the worker on the domain. People from the village could also make use of it to their own to bake bread. Currently does this oven still used as a pizza oven. 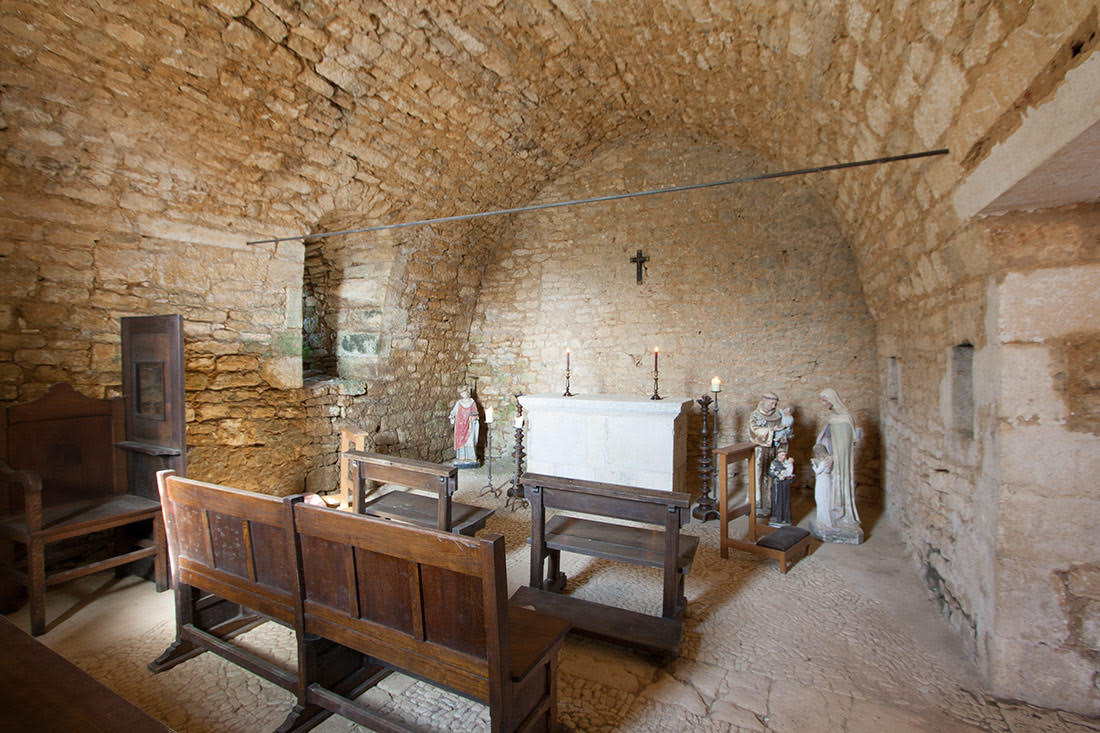 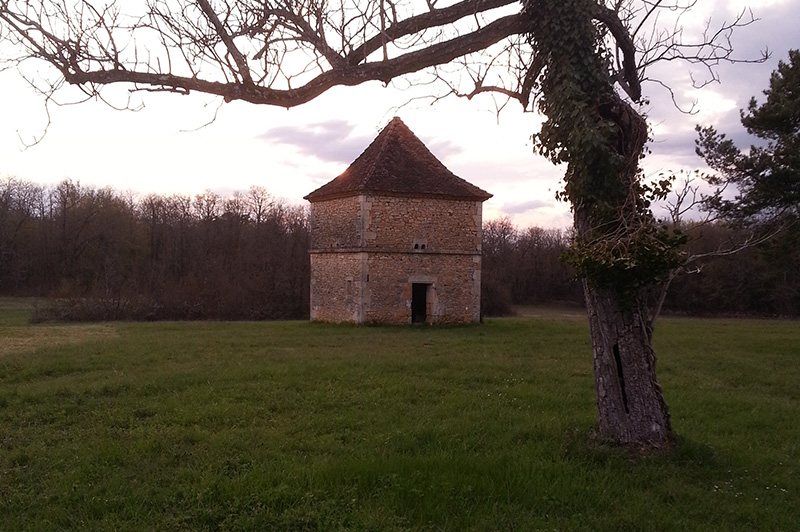 Square building that served as a Dovecote 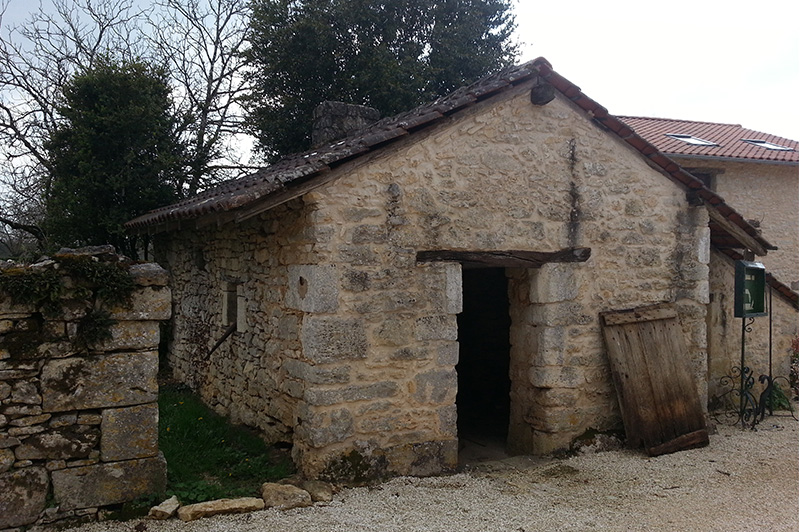 The Dordogne region, also known as the Périgord, is inhabited by humans since prehistoric times. You will find many prehistoric sites back in this Department., especially in the Valley of the Vézère.

Périgord is a region in France, as well as the capital Périgueux named after the Gallic nineteen the Petrocorii. Until the French Revolution was a county within the then-province of Guyenne Gascogne. At the administrative reclassification after the revolution it became a Department and changed the name in accordance with the rule in those of the main river that runs through the area: the Dordogne. The Dordogne department belongs to the Aquitaine region. Périgord has always been known as the most important site of truffles in France and to the geese cultivation. The addition "à la Périgourdine" (in the manner of Périgord) means that a court truffle and foie gras as garnish. 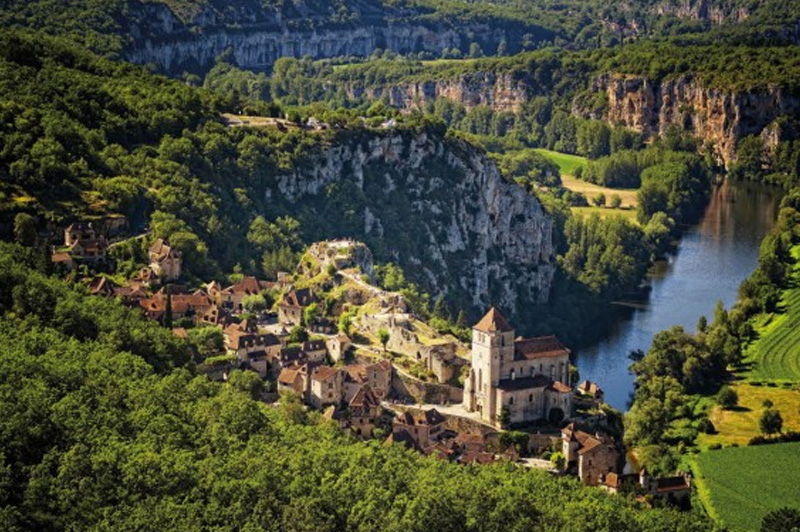 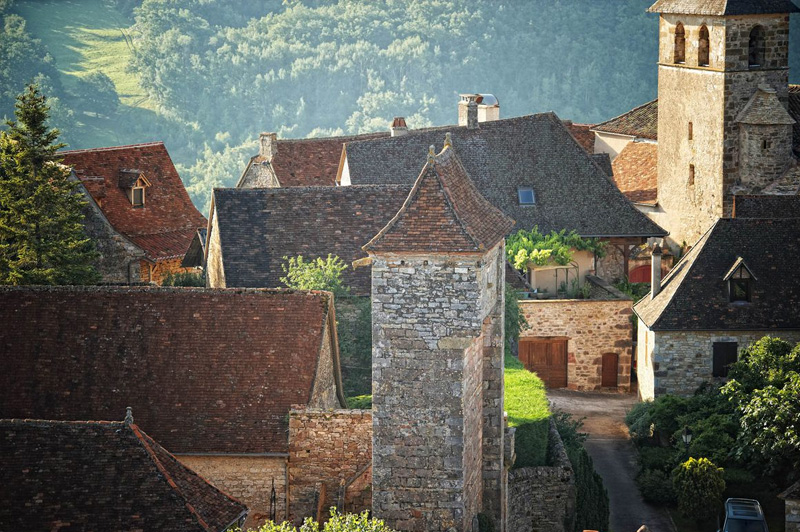 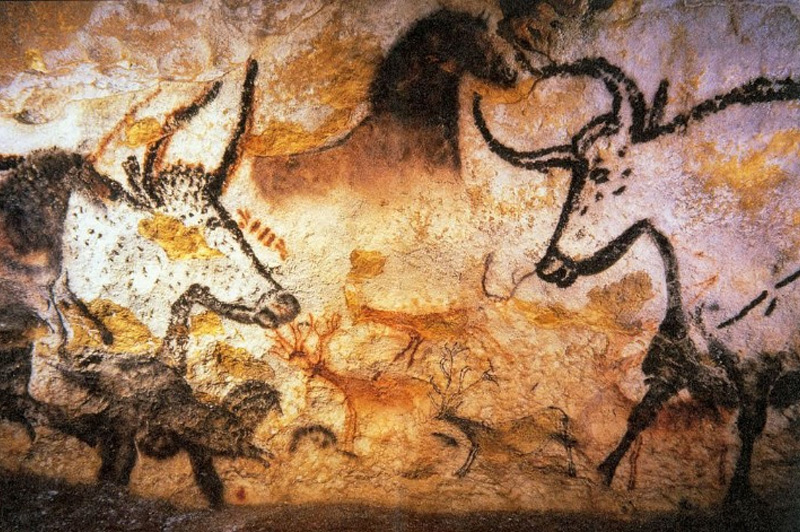